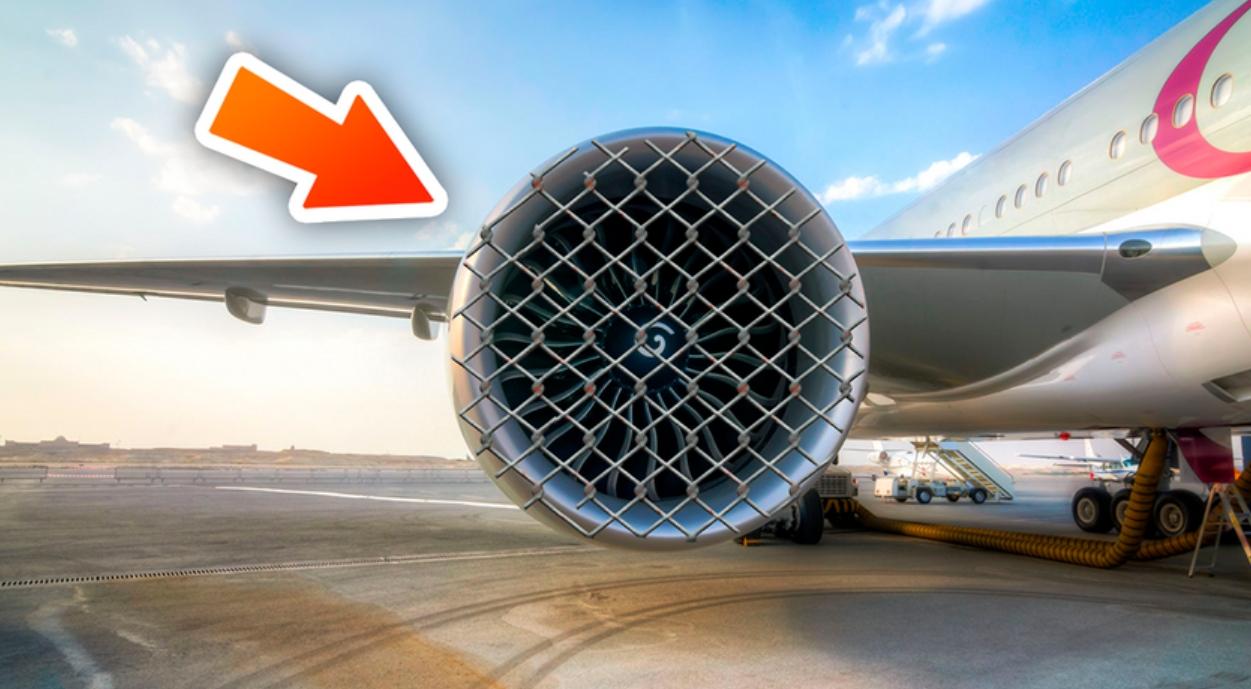 The rapid growth in air travel around the world over the past decades has led to the fact that in the news we can increasingly hear about accidents caused by a bird getting into an aircraft engine. According to the publication American Scientist, for the period from 1990 to 2015. the number of bird strikes increased by 7.4 times, namely from 1947 to 13,795 cases annually.

The contribution to this figure is in some way made by progress – modern turbofan jet engines generate much less noise than their predecessors. This is good for those who live near the airport, but not good at all for the birds, who now react later to the approach of aircraft.

It turns out that a meeting of an aircraft with a bird is not such a rare scenario, so why are there still no means of protecting jet engines, like nets? In the end, almost all modern devices that can draw in air are equipped with a filter to protect the motor, an example is a common household vacuum cleaner.

In reality, nets or screens of any kind are not used on commercial flights for two reasons. Firstly, they will not be able to completely solve the problem of birds getting into the engine. The main part of the flight of modern airliners is carried out at an altitude of 10 – 12 km, where the probability of meeting birds tends to zero. Thus, birds pose the greatest danger to aircraft during takeoff and landing.

The speed of the aircraft at this time is not so high, but still, even at ~ 200 km/h, a collision with a bird is tantamount to a collision with a projectile. The installed grid, at best, will only chop the bird into cubes, and at worst, it will be broken and its elements will also fall into the engine, which will only aggravate the situation.

The second reason is economic. Equipping thousands of aircraft with protective nets is not a cheap pleasure in itself, but the increased fuel consumption is much more critical. And the point is not even in the mass of the nets, but in how much they will impede the flow of air. You can feel this effect yourself by waving a tennis racket, and then repeating this, but with the string removed.

A typical commercial jet engine sucks in 1.2 tons of air per second during takeoff; if we translate this into volume, we get a cube with a side of 10 meters. Therefore, the slightest obstacle in front of the air intake will significantly reduce the efficiency of the engine, which will lead to increased fuel consumption.

It turns out that birds for aviation are a lesser evil than the fight against their getting into engines. According to statistics, 1 out of 2000 flights collides with a bird, but this does not always lead to serious consequences. According to the statistics of the International Civil Aviation Organization, a meeting with a bird causes significant damage to aircraft in only 11% of cases.

Jet engines are not acceptable for use in civil aviation unless they are sufficiently resistant to the ingress of foreign objects. This is an automatic engine shutdown system to prevent fire in the event of a malfunction. In addition, modern twin-engine airliners are able to fly to the airport and land with one operable engine, and birds hitting 2 engines at once is an extremely rare scenario.