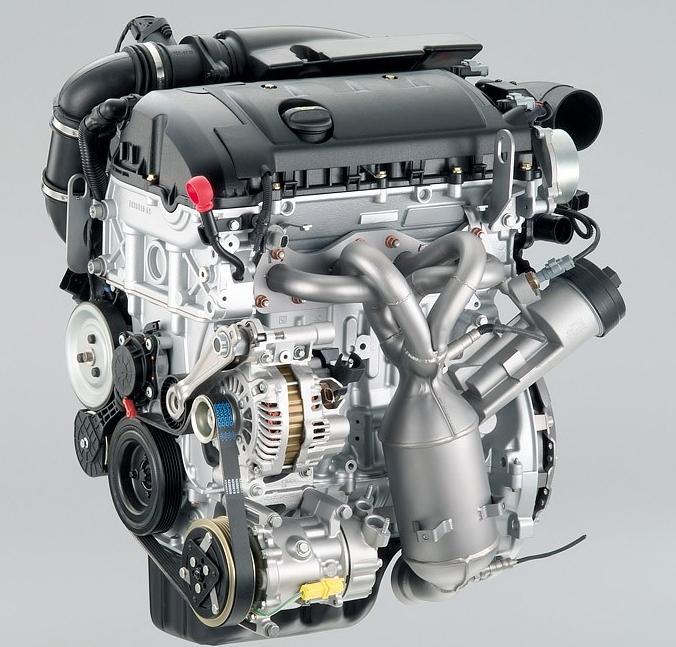 The EP6 engine of the Peugeot-Citroen concern, also known as Prince (Prince), won fame as not the most reliable unit. But there is good news: global modernization has relieved him of many sores.

Soplatform Citroen C4 of the first generation and Peugeot 307, which appeared in 2004, turned out to be very successful cars and sold well in Russia. Largely – thanks to unpretentious motors. But with the restyling of 2008, the EP6 engine, advanced for those times, developed in collaboration with BMW, appeared in the range.

The EP6 engine is an eight-time winner (from 2007 to 2014) of the International Engine Of The Year Awards in the 1.4-1.8 liter nomination. The high-tech engine consisted of direct injection, BMW’s Valvetronic throttle-free regulation system and the use of twin-scroll turbines with one scroll and two impellers of different sizes. All this ensured high efficiency and economy. You won’t see this engine on new BMW and Mini cars, but buyers of Citroen, Peugeot or Opel Grandland X cars can meet it.

In the wake of confidence in French brands, many subsequently moved to the Peugeot 308 and Citroen C4 of the second generation, in the engine line of which the EP6 already dominated. And he spoiled the reputation of the French concern, as he had a lot of design flaws, often leading to serious breakdowns and costly repairs. The owners of other brands of cars on which it was installed, including the BMW of the first series (116i, 118i), Mini One / Cooper and others, were not delighted with the engine either.

The first versions of the EP6 engine are already difficult to meet live, so let’s talk about the period from 2011 – then the engine was significantly modernized, sharpening it for the Euro-5 economy. But at the same time he did not become more reliable. There are two birth sores: the formation of carbon deposits on the valves and the stretching of the timing chain.

Carbon deposits arose mainly due to a mismatch in the valve timing, the main reason for which was the stretching of the timing chain. Stretching led to a displacement of the angle of the intake camshaft and, as a consequence, the reverse emission of combustion products into the “intake”. As a result, the intake valves were overgrown with carbon deposits. At the same time, the temperature of the valves themselves rose, which only exacerbated the situation.

Any engine with direct injection, according to the principle of operation, resembles a Russian stove: it burns at the bottom, and you have to clean it at the top – a pipe. So it is with EP6. The injector pours fuel directly into the combustion chamber, bypassing the valves (unlike other types of injection). That is why cleaning the valves with detergents is ineffective – they will not be able to clean anything except the fuel supply pipe.

The valves are cleaned with a complete dismantling of the block head (although it is possible without removing it, if the configuration of the engine compartment allows). In this case, the intake manifold and the exhaust manifold are removed. Then carbon deposits are removed with a special liquid with granules using a pneumatic gun and a pistol supplying this liquid. This cleaning method is allowed by the manufacturer. At the same time, servicemen (both official and those that service post-warranty cars with high mileage) agree that the only fairly effective way to get rid of carbon deposits is to dismantle the head and mechanical cleaning. Needless to say, such a procedure is not cheap?

However, all this is a struggle with the investigation. What are the reasons?

At the engine plant in Dovren, in northern France, they began to solve the carbon deposit problem by changing the assembly process. Since 2012, the crankshaft has been installed with the expectation of the initial tension of the timing chain, which occurs in the first 8,000-10,000 km. After this run, the crankshaft took the conditionally correct position.

In addition, starting with the EP6 CDT M and EP6 CDT MD series (these are versions of the engine for Euro-5, created in 2013 for markets with difficult operating conditions), the engine was derated (among other things, the compression ratio was changed from 10.5 to 9 , 5), having reduced the power to 150 hp, and corrected the ignition timing. This gave a positive effect when working on low-quality gasoline.

The Russian representative office of Citroen assures that the problem of carbon deposits on the valves of the EP6 FDT engines of the modern line, corresponding to the Euro-6 eco-standards, has been completely resolved: since 2016, during the warranty period, they have never had to clean the valves.

How long can you pull?

Why not replace the single-row timing chain with a stronger double-row one? This could have been done a long time ago, and thus solve the problem. Or delay its manifestation?

According to statistics, the timing chain on EP6 turbo engines produced before 2016 rarely reaches 100,000 km. The first signs of stretching usually appear at runs of about 60,000 km. The official version is as follows: the torque on the crankshaft is large, while the injection pump is installed on the intake camshaft, and the exhaust is “loaded” with a vacuum pump; during sudden accelerations, the chain is subject to a high load, which is why it stretches. Conclusion: there is a constructive miscalculation.
In addition, when the chain was pulled significantly, damper shocks occurred in the timing drive. They were transferred to the injection pump, which has a mechanical drive from the intake camshaft, and disabled it.

A set of measures helped to get rid of the problems of the timing drive. First, the timing chain was upgraded seven times. In each case, the manufacturer tried to strengthen its structure (first of all, the axles connecting the links). The engineers changed both the element materials and the heat treatment process.
Secondly, we corrected the shape of the upper damper located between the camshaft gears. Previously, the damper bracket was made of aluminum, and therefore, when the chain was severely stretched, it broke out. Now it is made of steel, more durable. In addition, the design of the injection pump was changed. The previous pump was a two-plunger pump driven by a swash plate (it works like an air conditioner compressor), now a single-plunger pump driven by a cam is used, as on diesel engines. These fuel pumps are much more reliable.

Most of the cases of warranty repairs in recent years have been associated not so much with the stretching of the chain as with its noise when starting. The cause was rooted in the hydraulic chain tensioner. When the car was parked for a long time, oil left it, and for the first time immediately after starting the engine, the tension was insufficient. The tensioner has been upgraded and the malfunction is a thing of the past. All these modifications were carried over to engines for Euro-6.